Name: Friends of the Cape Cod Museum of Natural History Announce their November Meeting with Ron Petersen The War of 1812 on Cape Cod *The Public is Welcome
Time: 12:30 PM - 2:30 PM EST
Website: http://www.ccmnh.org

Event Description:
Most people are familiar with the Battle of New Orleans, which took place in January of 1815. Less than a month earlier, another one occurred: The Battle of Orleans on December 19, 1814, when British marines and seamen landed in Rock Harbor. Learn what happened when the Orleans Militia responded, and why the battle earned Orleans the motto “defiant and self-reliant."

Location:
CCMNH
869 Main St
Brewster, MA
Date/Time Information:
Tuesday November 12th
Meeting begins at 12:30 and includes a potluck lunch
Presentation begins at 1:30 PM
Contact Information:
Send an Email
Fees/Admission:
*Admission is Free/ Attendees are welcome to join the Friends of CCMNH for a Potluck Lunch at 12:30 pm.  Please note that the Museum exhibits are not open. 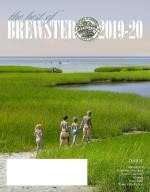